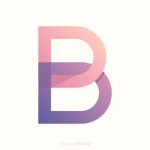 A World Heritage Site is a landmark or area which is selected by the United Nations Educational, Scientific and Cultural Organization (UNESCO) as cultural, historical, scientific or other form of significance. The sites are legally protected by international treaties.

A country must submit Tentative List which includes its significant cultural and natural sites. The Tentative List is evaluated by the International Council on Monuments and Sites and the World Conservation Union. These bodies then make their recommendations to the World Heritage Committee.

Bhutan, at present, does not have any UNESCO World Heritage site, but it submitted the Tentative List of 8 sites for evaluation in 2012.

1. Ruin of Drugyal Dzong in Paro

The only dzong built for defense without administrative and religious functions by Zhabdrung Ngawang Namgyal in the 17th Century. The dzong was destroyed by fire in 1951. Even after the destruction, the ruins of the Dzong continued to be protected for its significance.

2. Dzongs: the centre of temporal and religious authorities

Dzongs reflect the dynamism of Bhutanese history and culture since the unification of the country. Dzongs serve as the religious, military, administrative, and social centers of their region. For the Tentative List, 5 dzongs (Punakha Dzong, Wangdue Phodrang Dzong, Paro Dzong, Trongsa Dzong and Dagana Dzong) built by Zhabdrung Ngawang Namgyal in the 17th Century are included.

3. Sacred Sites associated with Phajo Drugom Zhigpo and his descendants

Phajo Drugom Zhigpo came to Bhutan from Tibet in the 13th century and introduced Drukpa Kaju Buddhist tradition. 16 sites across the country are included in the list that is associated to Phajo and his descendants.

Tamzhing monastery in Bumthang is built by Pema Lingpa, a great treasure discoverer, in 1501 and used as his principle. This temple is well known for most unique mural paintings and statues.

The 1057 km2 Royal Manas National Park is the oldest and richest protected areas in Bhutan covering the part of Zhemgang, Pemagatshel and Sarpang districts. The park has 8 different cat species that are rare in the world. It also recorded highest tiger density in the world with 1 tiger per 25km2.

Jigme Dorji National Park is a home to globally endangered species of flora and fauna, such as Tiger, Snow leopard, Asiatic wild dog Himalayan musk deer etc. A distinct culture of Layap, a semi nomadic community is also preserved in the park. The park covers an area of 4,316 km2 the entire Northern strip of the Bhutan. It is the only park in the world where the Royal Bengal Tiger meets the Snow leopard.

Bumdeling Wildlife Sanctuary is located in the North Eastern part of Bhutan covering an area of 1520.61 km2. The Sanctuary is one of the two major winter roosting habitat for the globally endangered Black Necked Crane.

Sakteng Wildlife Sanctuary is located in the eastern most part of the country encompassing a total area of 740.60km2. The sanctuary has 35 species of Rhododendrons in the wild out of the total of 46 species in the country. The sanctuary also sees co-existence semi-nomadic culture in the world and rich biodiversity.

Bhutan’s Forest Cover: beyond mandate of the constitution

Sun Jan 20 , 2019
Share1KTweetSharePin1K Shares From subtropical forests and grasslands in the southern foothills to alpine meadows in the north, forest types in Bhutan are; Fir Forests, Mixed […]